Second Class Citizenship: The Limited Freedom of the Children of Undocumented Immigrants (Privacy, Freedom, and Technology)

This study aims to explain the conditions of immigrants in Latin America, especially regarding differences in race and status of immigrant family members. The method in this study used a descriptive method with a review of case studies based on social conditions and conflicts that occur in America. The results of this study illustrated that the condition of Latin American immigrants, especially people with the black race, is still became social problem, namely discrimination against black children. Black people in America feel watched over and considered as "slaves" to white people. They feel that the freedom to mingle in society is still very limited, especially to illegal immigrants who do not have citizenship documents. In addition, to being discriminated against by Americans, this social gap is also difficult to eliminate because the American government also feels unsure of illegal immigrants, especially from the black race, to be trusted, thus severely limiting their freedom. 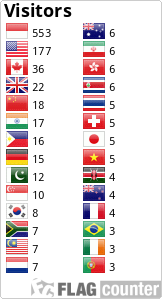